A Recognized Leader in Real Estate 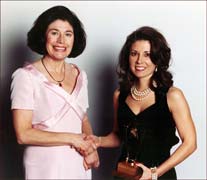 
New Home Communities
In addition to assisting buyers and sellers in the resale marketplace, Gina is also involved in bringing builders and developers together to form new subdivisions. As the exclusive listing Agent for these communities, she is responsible for the sales, marketing/ advertising and overseeing the entire project from start to finish! As a member of the Architectural Control Committee, she also reviews the plans and specs submitted by the builders and homeowners. Gina’s new home communities have consisted of the following:

Board of Directors & Memberships

Over the course of her career, Gina has been interviewed by reporters on TV news stations like NBC-17 and WRAL, as well as for articles in numerous publications, such as the News & Observer, Builder & Broker Journal, and New Homes & Ideas. Her advice and expertise were solicited on real estate related topics.